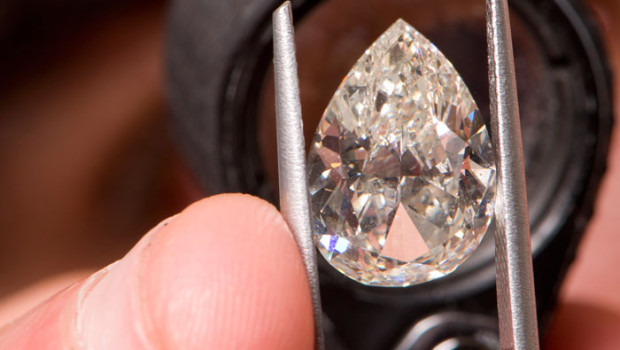 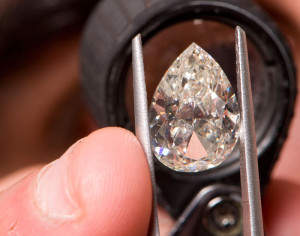 At the age of 28, Vashi Dominguez from the tiny Spanish island of Tenerife set up an online diamond business from scratch. Just 5 years on and business is thriving. He employs 16 staff at his HQ in central London, has a yearly turnover of over £5 million and is about to launch in Ireland and Germany.

So how did he do it?

He built a business that solves a problem.

Problem: Diamonds are expensive
Solution: Cut out the middlemen and sell diamonds direct to consumers online

This is someone who built something real and tangible from humble beginnings, turning it into a profitable business with fantastic growth potential.

I interviewed Vashi for Insider’s Edge to try and get inside the mindset of a successful entrepreneur.

Q: “Hi Vashi, could you maybe start by telling us a little bit about you and your background?”

I was born in Tenerife and decided after 2 years of doing a law degree that it probably wasn’t for me!

Having worked in an electronics shop aged 19, I saw an opportunity sourcing consumer electronics directly from China and cutting out the middle man.

Before long I had a chain of shops but the global price of goods was coming down, so I sold for profit and looked for another industry – diamonds!

Q: “How did you get started – what got you into this?”

I’ve always been fascinated by how something so tiny can be worth so much!

The best success in electronics was sourcing directly from the manufacturers, so I decided to do the same with diamonds – taking gemology courses and spending time with cutters in India and at the mines to learn as much as possible.

I had to visit over 200 offices in Antwerp before a dealer there would start selling to me. 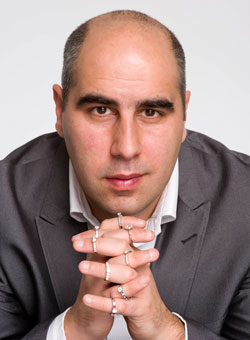 Now just 33, Vashi has built a thriving online business with a turnover of more than £5 million a year

Q: “Have you had any surprise successes or failures?”

Q: “What’s the one piece of advice you would give to people just starting out and wanting to set up their own business?”

Be true to yourself.

You can have anything you want, but you have to earn it. Don’t think the world owes you a favour.

Regardless of your circumstances you always have a choice to make. Every choice you make shapes what you get, which in turn determines who you become.

Q: “What has been the biggest low point in this venture so far and what did you learn from it?”

When I first started selling diamonds I was trading to dealers and jewellery retailers themselves but was increasingly becoming a risk to their cash-flow and security during the recession – that’s when I decided to sell directly to the consumer myself – hence Diamond Manufacturers was born.

Q: “What has been your biggest high point and why?”

When the guys from the Sunday Times came to photograph me for their ‘How I made It’ feature… it felt strangely unreal and on a day to day level, when customers are writing 5* reviews about how much we have helped them it’s just the best feeling!

Q: “What are your plans for the future – how do you see Diamond Manufacturers developing?”

By the end of the year we hope to launch in Ireland and Germany and we’ve got so much more to do.

You can find out more about his business here:

I suspect Vashi would be too modest to say so himself but you get the impression that whatever he’d tried his hand at he would have made a success of it.

Finding the right idea and the right niche is important but ultimately it’s about having the determination, persistence and steely will to succeed – no matter what life throws at you.

He had to knock on the doors of more than 200 offices in Antwerp before anyone would take him seriously and give him a break.

Think about that for a moment…

That’s the kind of level of commitment it takes to succeed and I really appreciate Vashi taking the time to talk to me.

Did this story inspire you?

I know a lot of Insider’s Edge readers would love to set up their own part of full time businesses and I hope you found this interview useful.

Vashi’s kindly agreed to answer some follow up questions, so if there’s anything you’d like to ask him please leave a comment below or email me directly at the usual address.