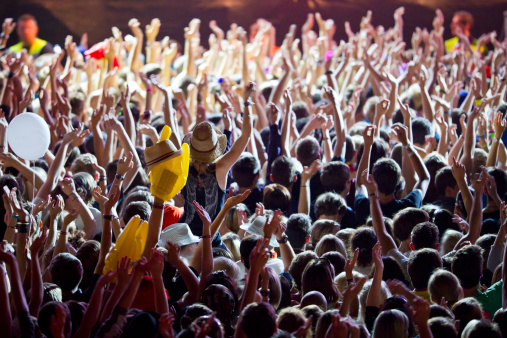 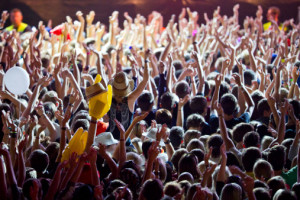 This is a quirky way to ‘get viral’ off the back of a popular news story or Twitter phenomenon.

Eagle eyed readers of the Insider’s Edge blog will have spotted my post about Angelina Jolie’s right leg recently.

If you missed it you can see it here.

During the Oscars Angelina’s dress – or rather her leg – become a social media phenomenon. Photoshop heroes started plastering her leg onto historical landmarks and TV shows… but the really big news is that some clever soul set up a Twitter account named @AngiesRightLeg. 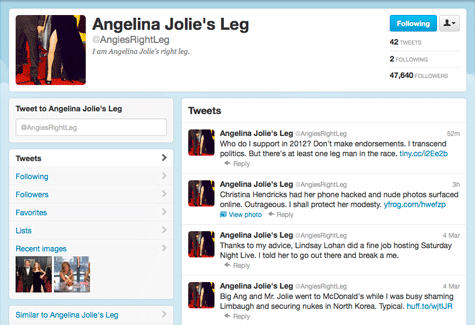 This is a clever form of News Jacking and it’s a simple way to ‘get viral’ in record time. Imagine what you could do with 50 thousand Twitter followers…

You could push them towards your site – which, if geared up adverts or AdSense, could net you a very decent rolling income from ad clicks. We’ll cover this in more detail in just a second.

It’s a cracking opportunity for savvy Internet marketers. Tap into a popular celebrity news farce, set up a spoof Twitter page and ride on the traffic.

@JLosNipple (Jennifer Lopez was wearing a revealing dress at the Oscars) – 6,033 followers

@BronxZoosCobra (This is about the snake that escaped Bronx Zoo) – 213,591 followers

@pippasass (Devoted to the posterior of Pippa Middleton) – 3,314 followers

@petermolydeuxNOT (A parody of British games designer – the man who invented ‘Populous’) – 25,367 followers

@The_Dolphin_Pub (This is one of my local pubs in Hackney – someone’s given it a Twitter) – 5,310 followers

So how could you do the same?

There are two ways to approach this:

1) If you’re already a bit of a celebrity news hound and follow Twitter regularly you’ll be at a huge advantage. Look for the hot trending topics and then pounce and create a spoof account around that – the more ridiculous the better. During the Oscars people were tweeting like crazy about Angelina Jolie’s right leg and it became a massive trending topic. @AngiesRightLeg was set up in the eye of the storm and was able to tap into the follow frenzy – there’s no reason why you couldn’t the same.

Even if you’re not really a celebrity buff you could just wait for a big event like the Oscars or the Superbowl and watch to see what happens on Twitter.

Once you’re up and running you will need to do a bit of work to start the snowball effect. Start following other spoof accounts, tweet like crazy making sure you use the relevant hashtag (so that interested Tweeters will see your account) and you should start getting follows.

Alternatively you could ditch all that and…

2) Go leftfield and create your own spoof. If you can write well and have a zany, punchy sense of humour you don’t necessarily need to ride off the back of a popular trend. In two of the examples above @petermolydeuxNOT and @The_Dolphin_Pub the accounts aren’t timely, they just capture people’s attention. People love silliness and Twitter’s the perfect forum for it. You could create a spoof of a big brand account for example – or maybe your local pub needs a joke Twitter.

In case you’re wondering, parody accounts are allowed – as long as you’re not impersonating someone else (i.e. it’s clearly a spoof). There are also a couple of other provisos which you can see here:

Here’s a simple way you could start monetising this…

One of the example Twitter accounts I mentioned has already taken the next step in monetising their spoof. The owner of @pippasass quickly set up a website called… wait for it…. www.pippasass.com. I would have used a different example here for the sake of Pippa’s modesty, but this is actually the best of the lot.

It’s a simple page which would have taken no longer than 1-2 hours to set up on WordPress. The actual content of the website consists of a YouTube video and a few of short articles about Pippa Middleton. These could have been rewritten articles taken from online newspapers – so no major work there.

The money’s coming in from two big, bold ads on the right hand side and one smaller one on the left.

Let’s say you setup a Twitter account and then a website about, for argument’s sake, Cindy Crawford’s beauty spot, there’s absolutely nothing to stop you doing the same thing.

Go to Google Alerts and then create an alert for your chosen subject (in this case ‘Cindy Crawford’). Google will then email every time a new story about Cindy Crawford is published. You could then rewrite these stories from the perspective of the beauty spot. You alert people on your Twitter account to your new blog post and get traffic to your site which in turn brings in ad revenue.

If you really start getting a cult following you could take it even further. Create simple Tshirts and Mugs and fan items using a company like Cafe Press (they do all the printing and sending etc…) so that you have your own merchandise.

It might sound childish but don’t underestimate the market here – a huge number of websites make they’re money doing just that – selling tshirts and merchandise. The only proviso here is that you’d need a good eye for design.