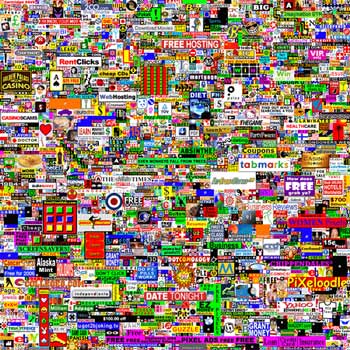 Who are these pixel lovers and nappy bag millionaires? 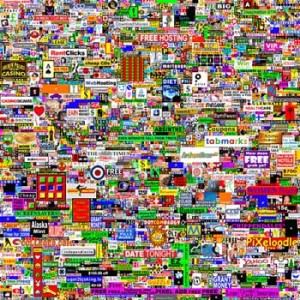 I occasionally get emails from readers who feel like they’re never going to escape the treadmill.

These are intelligent people who have EVERYTHING they need to be a success. All they’re missing is the confidence, the go-get-it attitude.

So today I want to take a step back and look at 3 entrepreneurs who’ve managed to take one simple idea and turn it into a multi million pound venture.

In each case they’ve started with virtually nothing.

Anyone fancy buying some pixels… for a million dollars?

At the age of 21 Alex from Cricklade in Wiltshire had an idea.

For years people had been selling online advertising space, but to the best of his knowledge no-one had ever thought of selling it pixel by pixel.

And so ‘The Million Dollar Homepage’ was born. Alex offered businesses and individuals the opportunity to buy space on his homepage at the rate of $1 per pixel.

Selling pixels isn’t going to change the world, it’s not even particuarily useful, but it is different and intriguing and there’s magic in that.

I remember when I first heard about the ‘Million Dollar Homepage’ I immediately wanted to look it up. Who doesn’t want to know what a million dollar webpage looks like? Curiousity draws a crowd.

You can see the finished result here:

The best thing about this idea is that he risked very little making it work. In his own words:

“My thinking was I had nothing to lose (apart from the 50 Euros or so it cost to register the domain and setup the hosting).”

For just 50 Euros Alex created a website that made him $1 million! Inspiring stuff.

Imagine if $3 million dollars fell down your chimney…

This next one’s from America, or the North Pole I should say.

When Bryon Reese was a child his mum used to send him letters from Santa in the build up to Christmas.

Sadly she passed away some years ago but inspired by her memory he decided to continue and develop the tradition.

Byron set up a service that sends children letters from Santa Claus. Not just bog standard notes but personalised letters written on special paper, postmarked in the North Pole and then sent to the children’s homes.

How much is able to charge for this service?

That might not sound like much but when you multiply that by the 300,000 orders he’s had so far, that amounts to nearly $3 million.

He didn’t need a fancy degree to do this, or much start up capital. When you boil it down it’s as simple as sending letters… at $9.95 a time.

Why is it so successful?

With any products aimed at children, it’s essential to get the parents on board – after all, they’ll be the ones buying it.

This appeals to people on an emotional level. Who wouldn’t want to recreate that feeling of excitement you got as a child at Christmas? Nostalgia can be extremely powerful.

You can see Santa Mail here.

Nappy bags? This one probably would have been laughed out of the Dragon’s Den…

Christie Rein used to carry her son’s nappies around in a freezer bag so that they wouldn’t get damaged in her handbag. It was a solution of sorts but she wanted something more stylish.

So she talked to her husband about the idea and together they decided to create a range of designer and custom made nappy bags, or ‘Diaper Bags’ (as the Americans call them).

Deborah Meaden would pout 78 times and Duncan Bannatyne would get so annoyed his face would fall off.

Perhaps it was a good thing this wasn’t on Dragon’s Den because diapeesandwipees is going gangbusters. Christie was 34 when she set up the business and now they sell in 120 boutiques across the world. Her bags have even been spotted on celeb mums such as Naomi Watts and Victoria Beckham.

Each of these examples show that you don’t need to reinvent the wheel to be hugely successful. Remember, all of these people started from scratch.

They had novel, but ultimately simple ideas which they followed through on.

And that’s the key thing. It’s absolutely no good having a an idea and then just sitting on it, telling a few friends maybe but never quite going for it. If you don’t have to risk a lot of money taking it to the next stage, why not give it a go? You could be next on this list!