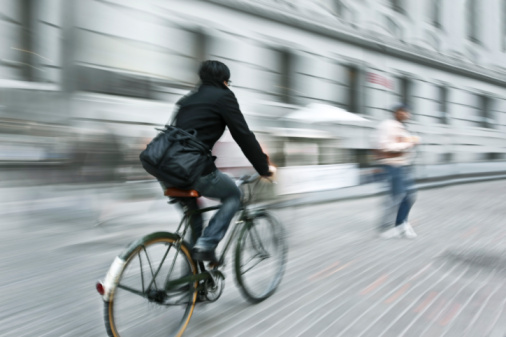 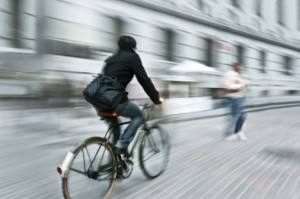 If you happened to be wandering around Clerkenwell, London at 4am you might have seen them…

No they weren’t on a stag do, a hen do or doing a budget re-enactment of the moon flight in ET.

These are two ordinary people who got the entrepreneurial bug 18 months ago and decided to do something about it.

Let me rewind a little… to my living room 3 years ago.

On Sundays my old flatmate and I would slouch around the house in our leisurewear discussing life’s big questions.

Like what to name the mouse that had just moved in (we went with “Sam”).  Or what brand of hair gel TV psychic Derek Acorah uses to style his seemingly windproof hair (we decided on ectoplasm).

Ok, ok that’s enough of those…

The point is when he first told me about his ‘big plan’ I thought he and his girlfriend had lost the plot. I mean it sounded ridiculous…

“We’ve had a bit of an idea…” he said. “We want to set up a new fast food brand that takes the Mexican Burrito and combines it with curry. A sort of fresh curry in a wrap.”

“Basically so you can have a curry on the move without a knife and fork – and you could choose your own fillings and order poppadoms on the side.”

Now I have to say, to begin with I wasn’t really sold on the idea. I imagined cold, soggy curry spilling all over my face and I couldn’t really see how it would work.

That’s the first lesson of business. If you’ve ever seen Dragon’s Den you’ll know that entrepreneurs face a lot of scepticism when they’re at the ideas phase.

But just because you can’t picture something it doesn’t mean it won’t work. When someone first came up with the idea of putting burgers in a bun I’m sure they were heartily laughed out of town – yet that’s become the most common form of fast food and has spawned the most successful food chain in the world.

The job of the entrepreneur is to sell it to people…  and that’s exactly what our entrepreneurs did. Starting with very little outlay they set about figuring out how they could make this happen.

Neither were kitchen whizzes or had much retail experience so it seemed insane that such a pair could make a culinary business opportunity work.

But here’s the thing… They were passionate about their idea (no matter what anyone else said) and thought “we can either spend a lifetime thinking of reasons not to do this so let’s just get on with making it happen – we’ll learn as we go.”

And that’s what they did. They set about tackling each task one at a time – at first working during evenings and weekends to fit around their jobs (then later as a full time venture when they were ready to take the plunge).

So how did they get from ‘sitting on the sofa’ watching X Factor and talking about what to order from the local takeaway to opening their own successful shop in North London?

I plan to cover this in more detail in future issues if there’s enough interest, but for now I’ll list 3 of their main challenges as newbie entrepreneurs and how they tackled them.

Hopefully this will be helpful for any budding biz oppers to see how someone else, starting from scratch, went about tackling their big idea – and most importantly seeing it through.

Task number 1: They needed to turn their idea into a product and secure a means of production (in their case that meant they needed unique recipes and a chef).

Rather than spending hours studying recipes online, or using their life savings hiring a full time chef, they put an advert on gumtree.

They pitched it as an opportunity for someone interested in being involved in a dynamic new project at the ground level – a project that could really help them make a name for themselves.

It worked! They brought on a talented young chap who just finished cordon bleu training. He liked the concept and after a bit of back and forth they agreed on a fixed fee for him to come up with some recipes.

So they drew up contracts (very important) to protect their idea and he got to work. 6 weeks later they had a wide selection of sauces, flavourings and curry pairings. More than they could possibly sell – and this again is important – enabling them to move into stage 2 with confidence.

Task number 2: They needed to test the market and fine-tune their product

It’s all very well having an idea that you think is a winner, but if no-one else likes it, your business is dead in the water – so they tested it.

The first part was a great deal of fun. They got friends around to their place (including myself and Sophie) and tested their menu combinations on us. They tried different flavour combinations, different wrap types, different size portions – you name it. We left their house on several occasions looking like hot air balloons but feeling very impressed.

This helped them whittle down some of the key issues. It helped confirm what worked, what didn’t work and which areas needed more thought. The key here is having testers or friends who won’t pull any punches – you need honest and constructive feedback, otherwise it’s a waste of time.

Once they’d worked out a basic menu and fine-tuned a number of areas they set about tackling the most important critics – the general public. That meant ringing round dozens of markets around London and traipsing out on Saturday and Sunday mornings to set up stalls.

This was the steepest learning curve. They once again brought a wide selection of fillings and menu choices to see what sold, quickly learning which items were the money-makers.

If they didn’t sell enough of a particular item they had to be brutal and drop it from the menu. That also cut down ingredient costs and preparation costs. It’s an important thing to bear in mind. In the modern age we’re obsessed by choice but actually when you’re running an on-the-move business like a takeaway stall, too much choice can be a hindrance. People want to be in and out. This applies to a lot of online businesses as well.

When you streamline you don’t just save production costs you also speed up service (there’s less faffing and indecision) and indicate to people that the items that you do sell are the best, most popular products.

Task number 3: Now that they’d proved the concept worked they needed to ramp things up

This was the tricky part. After 18 months of hitting the markets they had come on leaps and bounds and ended up with a profitable business model. The problem is a market stall on the weekends was not going to be the day job killer they were looking for.

So they took a risk…

They secured investment from friends, family banks and credit card companies and went freelance with their current jobs (so that they still had a bit of income coming in as a fallback) and set about finding a permanent residence for their product.

It took a long time and rightly so. They needed somewhere with the right footfall, with suppliers nearby and affordable operating costs.

In December 2012 they opened up their first ‘Bombay Burrito’ shop (I LOVE the name) on Goswell Road in Islington next to Angel tube station.

It’s a) near a halls of residence – so they can tap into the student crowd. b) close to busy Upper street (an area littered with bars and pubs) for the hungry after hours drinkers. c) Also near lots of offices with hungry city workers for the lunchtime trade.

So how are they doing?

After a nearly a month in business they’ve broken even on their running costs. If you’ve ever tried setting up a business (especially in the current climate) you’ll know that that’s an incredible feat.

But what about the chickens on bikes?

Thankfully they can now afford to drive a van to Smithfield market to pick up fresh chicken and other ingredients at 3am – and get some items delivered – but to begin with to save money on the congestion charge they used to cycle down (on Boris Bikes). That’s the true face of entrepreneurial flare if you ask me (don’t worry the chicken was well wrapped!). Speaking of wrapping things up…

So how did they do it?

It’s not always easy and at times they thought they were losing the plot but success is all about passion, drive and getting things done. It’s diving into the unknown, risking looking ridiculous and learning from your mistakes.

They proved that they had a fantastically saleable and unique product, they did their homework and they worked bloody hard.

Eventually, if things continue to go well, they plan be able to hire staff to run the shop day to day and focus on opening new premises.

It’s an example of someone having a simple (but ingenious) idea and making it work against all the odds.

Obviously I’m unashamedly biased about this one. The entrepreneurs in question, despite supporting a horrendous football team, are great friends of mine.

However the fact that I know them so well gives me the inside scoop. Incidentally it also means that if you’re a food lover – and you’re ever in Islington, London – you can get a 10% January discount (just mention Tom Wake or ‘Insider’s Edge’ or whistle a Stone Roses song).

Their burrito wraps are DELICIOUS. I’m a bit of a foodie and I don’t say that lightly.

If you’ve got a success story that you’d like to share please don’t hesitate to drop me an email.