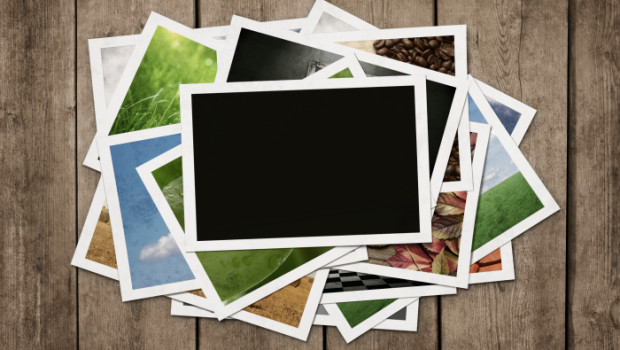 Why you should ignore absolutely everyone 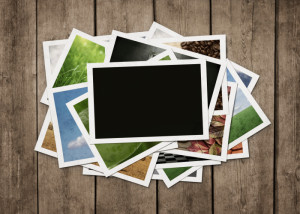 I made 3 New Year’s resolutions in January…

Striving low means you’ll not only achieve your goals, you’re very likely to surpass them.

Ok, ok I *may* be being a little bit facetious (although I have been drinking a lot more real ale) but I am blundering my way to making a point here…

We need to stop getting paralyzed by the unrealistic expectations that we so often thrust upon ourselves.

Every day we’re swept up in this mass media tidal wave that attacks us via our television sets, the Internet, the radio, the press – EVERYWHERE.

Flashy wealth is put up on this great, diamond encrusted pedestal and it’s no wonder that so many people get into debt trying to shortcut their way to ‘that look’ or ‘that lifestyle’.

Airbrushed images of perfect people with perfect skin, perfect outfits and perfect lives telling us what we should and shouldn’t do, or feel…

Don’t worry about what anyone else is doing, set yourself small, realistic goals

In the age of the smartphone most of us are never more than 3 seconds away from this slow subliminal drip drip drip torture of the ‘perfect life’.

Don’t get me wrong, having dreams is great… but only if they inspire you and motivate you and push you forward no matter what anyone else thinks or does.

The ‘Now!’ culture can be dangerous. We get an image in our head and think “right, I want absolutely everything right this minute.”

“I want a gigantic house, a swish car, legs like a tennis player and dinner in New York every Tuesday”

We’ve covered a lot business opportunities in Insider’s Edge – everything from Forex Trading to selling on Amazon and I know, from experience, that a lot of people get frustrated when they can’t make the headline figures right away.

Now sometimes that’s because certain opportunities are mis-sold by scammers or overzealous marketers… but frequently it’s because we (and I include myself in this) feel overwhelmed before we’ve even started.

We might feel overwhelmed by the eBay business that sounded so easy in the promotional copy, but actually involves taking lots of steps…

… or the tipping service that started out well, but had a couple of bad months and now suddenly doesn’t seem fun any more.

Which of these goals sounds more achievable?

You have just ONE hour to either…

Now, unless you’re a directly related to Superman (or Wonder Woman) I hope you’ll agree that option 2 is preeeeetty much impossible.

Trying to understand, master and setup everything at once just isn’t realistic. Where would you even start?

Just thinking about it is exhausting and that’s a complete motivation killer – because all the excitement about running your own eBay business is replaced with fear and you’re left feeling despondent and disappointed.

But option 1 is VERY achievable. In fact option 1 could probably be mastered in less than an hour. And once you’ve mastered that you can work on the next small step.

Remember, it’s not a race or a competition. Set up a simple check list of small, achievable goals and slowly tick off each box.

After a few short steps you might find you’ve successfully sold your first item. Maybe you only made 30p profit, but so what? It’s a profit! Now you can move on and start learning how to source items for less and increase your profit margins…

After that you might focus on selling higher priced items and increasing your profit further still. Suddenly you’re making £5 or £10 profit an item.

The really exciting thing, is that all those steps you learnt previously become easier and easier with practice. Without realising it you’ll start going into autopilot.

Now instead of taking 60 minutes to list an item, it only takes 30 minutes… then 15 minutes…  then 5 minutes! That profit margin looks more and more appealing.

Put too much pressure on yourself to do everything at once – and reach the finish line before you’ve even started – and you’re setting yourself up for failure.

Let me finish up with a real life example that’s personal to me.

One of my best friends is a talented creative who’s tried his hand at lots of different careers but has always found it hard to ‘stick’ at one thing.

He’s worked in email marketing… then at a fancy ad agency working on a Mercedes campaign… then as the right hand man in one of the world’s top landscape garden designers (they’ve won best in show at the Chelsea Flower Show) and most recently he decided to give it all up and try something completely different.

In the last 2 years he’s tried training up as a jewellery designer, then as a barista… and now he wants to be a potter.

It’s hard to keep up.

The problem he’s always found is that with each new thing he starts he quickly gets frustrated that he’s not immediately at the top of his game.

He sees all the amazing things that experts are doing in that field and then feels overwhelmed and panicked.

… so he moves on to the next thing. And the cycle continues.

We realised (over a few real ales) that the problem is he keeps setting his expectations too high. You can’t expect to walk into something and immediately make pots of money (and effectively leap frog people that have been doing it for years).

That simply wouldn’t be fair, or right. Yes life is about taking risks and dreaming big – but it’s also about building up the right foundations first and earning that top status.

He’s now setting realistic goals and telling himself that he’s not a failure if he’s not become a world famous potter by this time next week.

How’s he getting on?

Because he’s working on the small things (and isn’t trying too hard to make a world-renowned masterpiece straight out of the blocks) he’s not setting himself up for a fall.

And it’s had some surprising results…

Already he’s had one of the UK’s top ceramicists on Twitter asking to see his first pottery collection when it’s ready. He’s also close to landing a commission with a local florist in Hackney.

He’s worked hard at keeping things in perspective and getting the small things right.

As a result, already the long-term goals are starting to take care of themselves.

Get this right and everything else will fall into place

Success is a snowball effect.

Take care of the little things, the minute details… and slowly a foundation builds.

Your confidence grows and you create more layers and things start to evolve.

The rest of the world takes notice.

If you can free yourself from this mad, modern sickness that says  ‘everything must happen yesterday!’ then good things will follow.