This has been doing the rounds in the US and lots of readers are getting promotions for this. But take heed

I received this feedback regarding Justin Blake’s Income Accelerator. “The offer is a free CD, and no obligation, but somehow

Rather than review this myself, it’s easier just to quote a recent article from www.thisismoney.co.uk “Ryan’s website invites you to

It really irritates me when people in the biz opp world give the rest of us a bad name. Especially 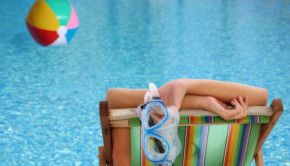 Lawn Chair Millionaire is described as a “money share plan”. The official spiel from the people behind the Lawn Chair

by Charlie Wright One of my regulars wrote to me regarding an Adwords “webinar” by Mike Filsaime. His question was…

by Charlie Wright This is an opportunity for you to get a website selling products you don’t see, stock or

Finally, here’s a dropshipping product you can trust. I know lots of my readers have complained about dodgy drophipping opps

by Charlie Wright Many people who turn their experiences and ideas into blueprints, seminars or courses DON’T claim to be

by Charlie Wright When a book is in the public domain, anyone can repackage it and use it to make