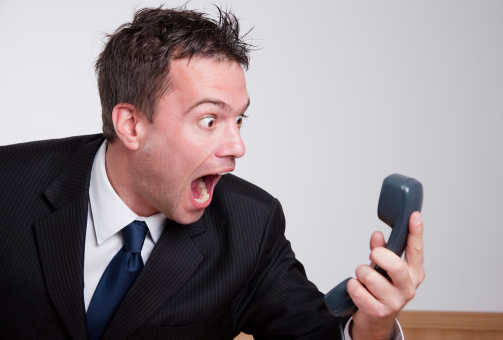 How this Social Media trick can save you time, money and stress 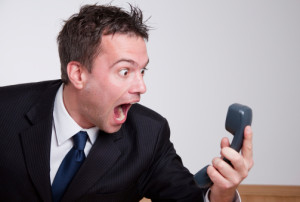 This tip has saved me time, stress and money and will hopefully do the same for you.

Whenever there’s one of those ‘Things People Find Most Annoying’ polls one of the things that always comes up near the top is call centres.

The problem is they’re a necessary evil. When you get an unfair bank charge, a dodgy phone bill or if your service goes down naturally you pick up the phone and call customer service.

That’s usually when the fun starts…

You try to get through to someone, ANYONE who can find you a solution but instead you get passed from person to person, department to department, continent to continent.

The worst culprits are the big multinationals that turnover billions every year. They seem to spend a great deal of money training their staff to ask bizarre questions.

“Hello sir, are you enjoying the weather? It’s nice today isn’t it?”

“Ermmm I’m not sure! You’re speaking to me from a call centre 9,000 miles away and from the quality of the line it sounds like you might be underwater? Tell me, what’s the weather like underwater?”

“Very good sir. Have you seen the latest episode of Eastenders?”

Look, I’m not blaming the customer service reps, far from it. They’re just doing their job (and it’s an important job at that) – the problem is they’re not given enough power to resolve issues.

For simple queries they can usually rustle up an answer. But anything else, anything that requires an answer that’s specifically relevant to your account or situation can be a nightmare. Staff, often helpless to do anything, pass the buck… cases are lost and emails are mysteriously never received.

Recently I decided to try a different approach.

Making endless phonecalls and complaints via email took forever and never seemed to get the desired response.

So I tried using social media instead.

Most major banks, mobile phone companies and big commercial organizations have a Twitter account. It’s the ‘cool’ in thing and shows they’re keeping up with the times.

Important: Obviously this only works if you’ve got a Twitter account so make sure you’ve got an account (it’s free), have a posted a few tweets and preferably have some followers – even if it’s just family and friends.

Great, here’s what to do:

1. Find out their Twitter account name. I find the quickest way to do this is to type “example company name Twitter” into Google. So if you were a customer of an imaginary bank called UK Bank, you’d type in “UK Bank Twitter”.

You should then see their Twitter page coming up in the Google results. Make sure you’ve got the UK branch (unless of course you’re one of our international readers!) Often multinational corporations will have separate Twitter accounts for different countries. Also make sure you’ve got the right business – and not a fake account or a prankster – you’ll be able to tell by having a quick look at the tweets and number of followers.

2. Compose a short Tweet which conveys that you’re displeased with an aspect of their service and mention the company’s twitter name.

It needs to be polite but firm – no swearing, typos or text speak. Important: make sure you include the @ sign before the company name.

3. Wait for a response from the company in question (whenever I’ve tried this I’ve normally had a Tweet back within a couple of hours).

Their response at this stage will normally be a) a request to follow up with them using a special link, sometimes quoting a code (this is exactly what we want) or b) a polite tweet apologising and saying they hope the situation will be resolved soon. If you get the latter you may need to give them a nudge and follow up with another reply (because you want a) to happen). For example you could reply with:

@UKBank I’ve already waited 3 weeks for a resolution – tired of being put through to the wrong person.

Tip: Make sure your Twitter settings are configured so that you’re emailed replies to Tweets (it’s the default) so that you don’t have to keep checking.

4. Follow the steps! Obviously the process varies according to which company you’re dealing with but usually once you’ve been put through to the next stage it’s simply a case of stating the problem in a bit more detail – either via a web form or in an email. If they gave you a web code or a subject line to use make sure you include it (this is vital!). Again be polite and reasonable as you state the issue and make sure you give them details with which they can contact you with.

5. Come to a resolution – Normally at this stage you’ll get a phone call from someone who will listen to the situation and try and find a resolution. If you feel like you’ve been particularly put out, this is the time to ask for a refund or compensation. The person you speak to at this stage is almost always someone who has the power to get things done.

How does it all work?

Big national and multinational brands with a major on and offline presence have been dragged (like it or not) into the weird and wonderful world of Social Media and they invest a huge amount of money into it – often with expensive ‘Facebook Like’ campaigns and Twitter events.

Many employ full time staff to look after their social media accounts and have special web resolutions teams to deal with any complaints or problems.

If something goes wrong and client contacts them via social media (i.e. in a public way) they don’t want half their customers reading that they’ve been unhelpful in resolving the issue – they want to get the problem sorted quickly.

I’ve personally used this 3 times in the last 18 months and got exactly the resolution I wanted each time – usually more.

To give you an example most recently I had…

– A problem with a mobile phone repair (with one of the major UK networks). My phone died within warranty so I took it in store to be sent it off to repair. The repair was delayed by 2 weeks due to a mistake made by staff and was still returned unfixed. After contacting them via Twitter I received a call by customer service rep who was extremely apologetic and arranged to fast track the repair. She then asked if there was anything else she could do at which point I asked if there could be some sort of reduction on my bill – for the inconvenience caused. She immediately gave me a £60 credit note which I thought was more than fair.

– I had a bank account which had something called a ‘personal reserve’ service on it. I wrongly thought was a buffer zone in case you accidentally went over the limit (it’s always worth checking the small print!) When I lost my main bank card a while ago I had to use this account and accidentally went a few pounds over the limit. I was then repeatedly billed expensive fixed charges (mainly because the charges instigated new charges and I didn’t have Internet banking on this account to see what was going on). Hours of angry phonecalls arguing the case yielded nothing. Two tweets and the situation was resolved the same day – with all the charges refunded immediately.

Now obviously this won’t work with every company and every problem (and of course you do need to have a valid complaint where they’ve fallen short) but it can be a great way to cut through the red tape and nonsense you can get through the traditional channels. 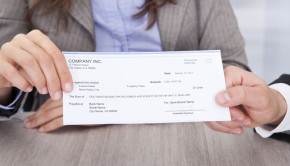 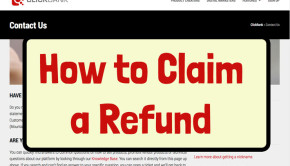 How to claim a refund on ClickBank in 5 easy steps → 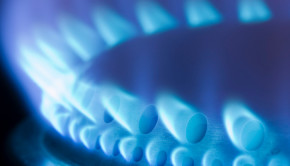 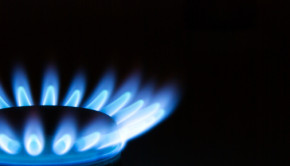